World War One Unit of Work

Check out some of these activities we completed as part of a unit of work on World War One.

Project Work: Children worked in groups on a topic or question of interest associated with WWI.  Some children had some very interesting contributions from grandparents or memorabilia from great grandparents involvement in the War.

These were presented as posters or scrapbooks.
Here are some photos from the groups working on their project.
Some groups also incorporated drama or freeze frames. 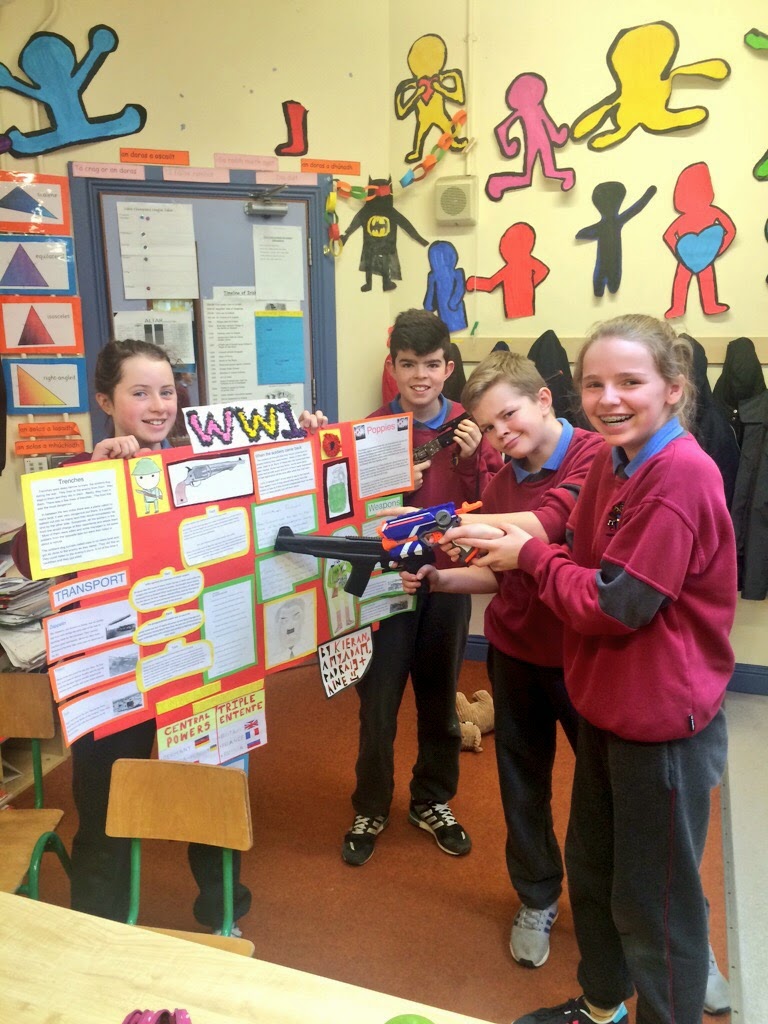 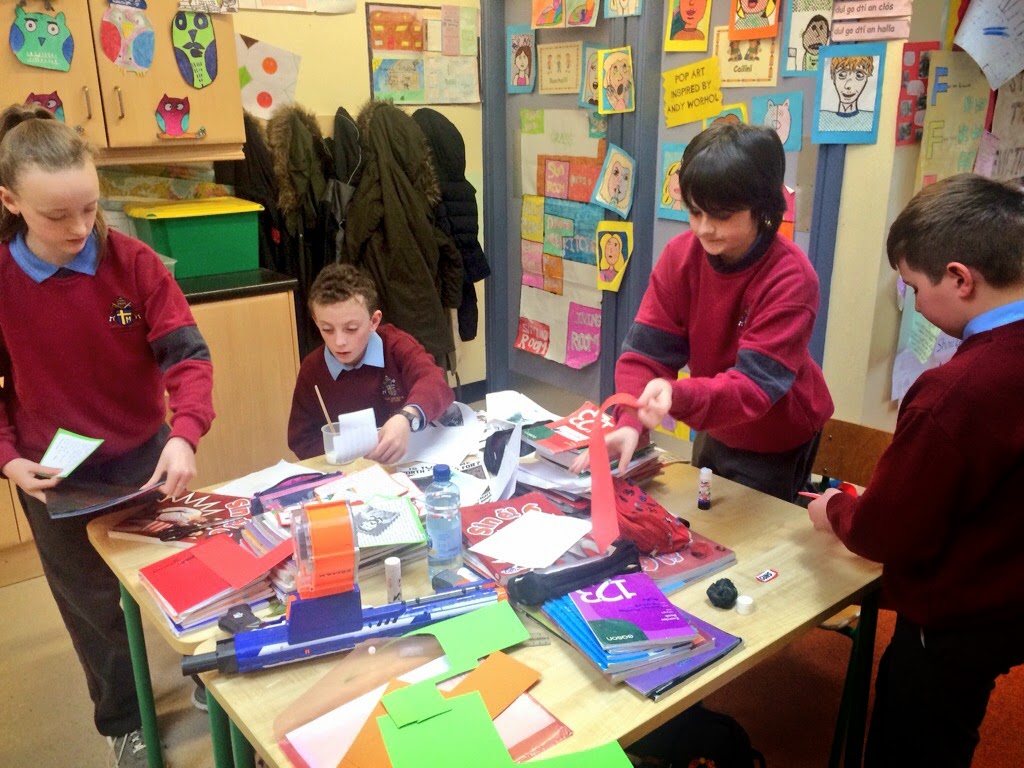 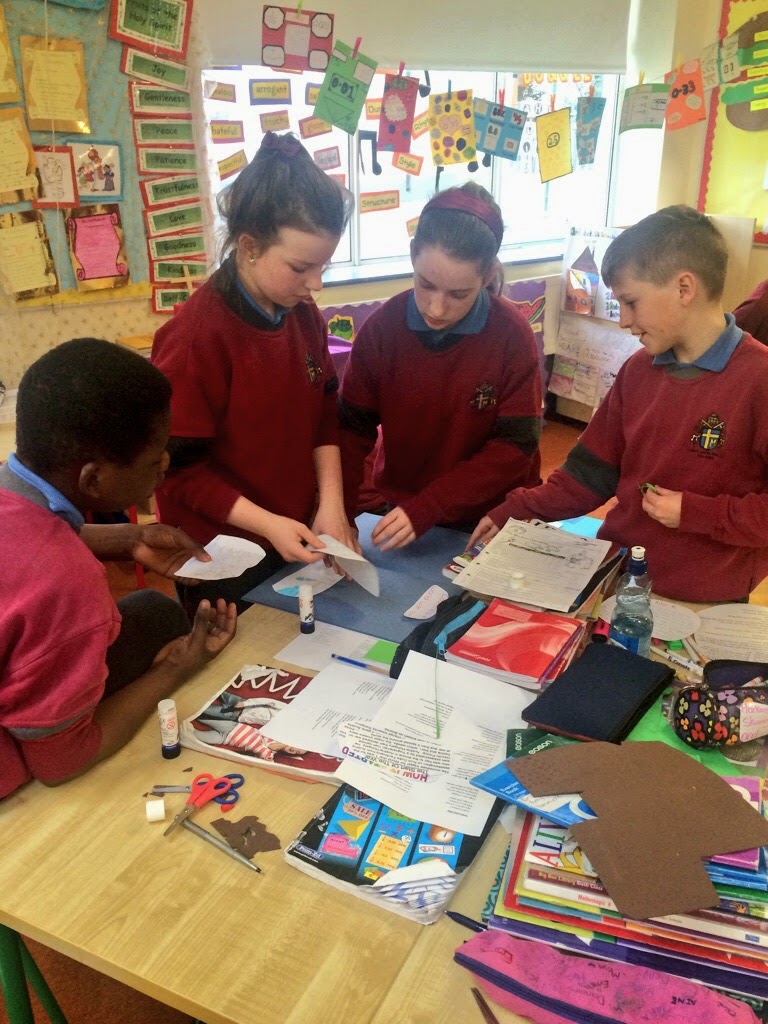 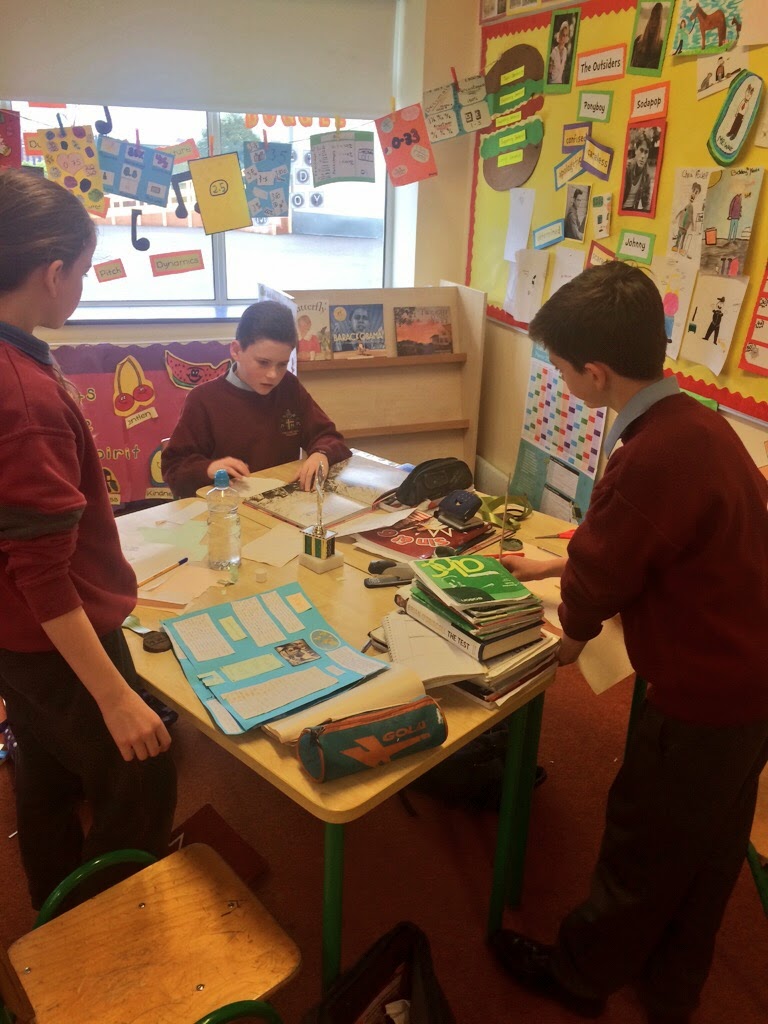 Each group reviewed all the presentations and wrote down an interesting fact from each one.
I will post the project/review sheet I used in my next post!
This is a great way to ensure the class remain on task during the project work and presentations.

As part of our art work the children created poppies using pastels and chalks.
This was our display: 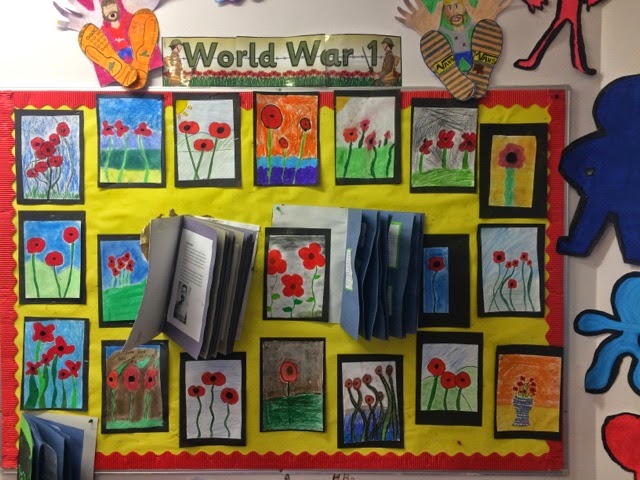 There is some fantastic world war one poetry which generates some interesting discussion and debates.

Two of the most interesting we studied were: The Call by Jessie Pope
and Dulce et Decorum Est by Wilfred Owen.
The first explores recruitment for the army and the false hopes and dreams which were portrayed to lure young men to the ranks.
The second explores the harsh reality of war.
It's a wonderful activity to explore and compare the tone, imagery and message of both.

Bent double, like old beggars under sacks,
Knock-kneed, coughing like hags, we cursed through sludge,
Till on the haunting flares we turned our backs
And towards our distant rest began to trudge.
Men marched asleep.  Many had lost their boots
But limped on, blood-shod.  All went lame, all blind;
Drunk with fatigue; deaf even to the hoots
Of tired, outstripped Five-Nines that dropped behind.

Gas! GAS!  Quick, boys! – An ecstasy of fumbling,
Fitting the clumsy helmets just in time;
But someone still was yelling out and stumbling,
And flound’ring like a man in fire or lime…
Dim, through the misty panes and thick green light,
As under a green sea, I saw him drowning.

In all my dreams, before my helpless sight,
He plunges at me, guttering, choking, drowning.

If in some smothering dreams you too could pace
Behind the wagon that we flung him in,
And watch the white eyes writhing in his face,
His hanging face, like a devil’s sick of sin;
If you could hear, at every jolt, the blood
Come gargling from the froth-corrupted lungs,
Obscene as cancer, bitter as the cud
Of vile, incurable sores on innocent tongues, -
My friend, you would not tell with such high zest
To children ardent for some desperate glory,
The old Lie:  Dulce et decorum est
Pro patria mori.
~ Wilfred Owen

Write a speech recruiting members to the World War Cause.
Alternatively create a recruitment poster.

If you've any more ideas you could add, please feel free to comment below.

Yvonne Ward
Welcome to my blog! I'm an Irish Primary School teacher with a love of ICT and all things artsy and educational. Here you'll get the chance to see some of the activities we complete in class! I hope this blog will also provide some ideas for other class teachers out there. Please feel free to drop a comment or let me know if you tried out some of the activities in your own class! I would love to hear your thoughts! Yvonne yvonneward_@hotmail.com

This work is licensed under a Creative Commons Attribution-NonCommercial-NoDerivs 3.0 Unported License.